If you wanna know what Quantum technology is in audio application, the answers just baffles, I would say it depends on who you ask? 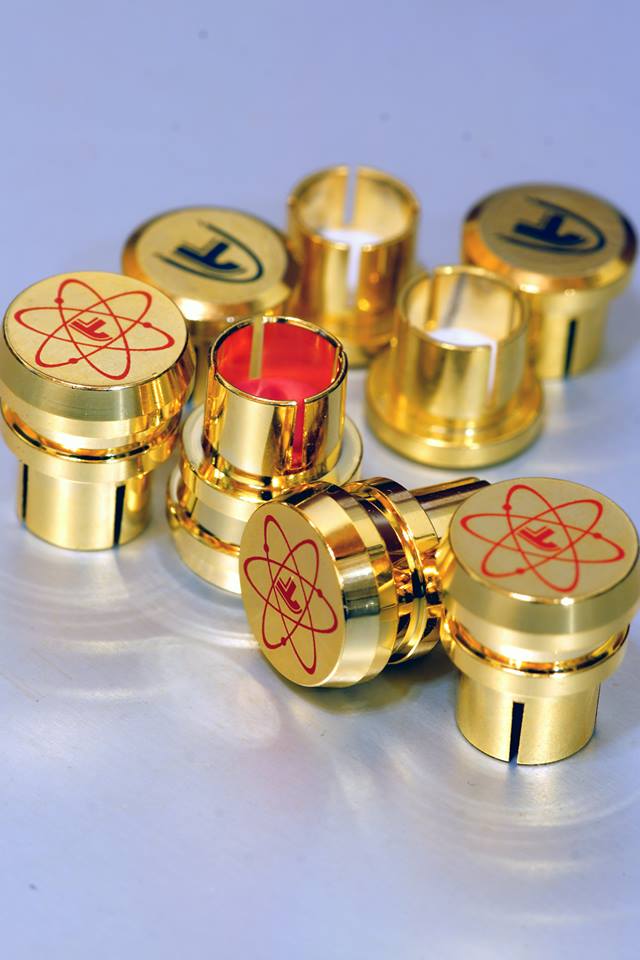 I would not even waste my time to try and interpret the “Quantum” tech in audio marketing. Proven subject or pseudo scientific? I am certainly in no technically qualified position to give you a qualified opinion either!

I’ll leave the tech subjects to the qualified folks, while I already employ more than one or two audio products that claims to benefit from “Quantum” tech, mostly in the power department of my audio system so far. So these Telos Quantum XLR Caps which are given to me for an audition by Mr Telos himself, Jeff Lin during the KLIAV 2016 show, are the very first “Quantum” stuff to be in contact with the audio signal in my system.

Those who follow my past audio adventures in HiFi-Unlimited blogspot (GOD, I REALLY MISS THOSE HEADY HIFI DAYS!) will know that I’ve probably tested most RCA/XLR caps that have hit the Malaysian audio scene, one way or another. I am sold by the tweakability of the caps, while some of my other audio colleagues & friends are not so agreeable to them. For me it’s just another form of tweak, be it those pointy resonance feet, or cable elevators among other things. These are fun products meant to give instant gratification or disappointment to any unsuspecting audiophile. Love it or hate it? It’s your choice really.

For me, practically every unused signal connection in my system has been plugged, except for those on my Pass Lab X-0.2 pre-amp. So some reason, I felt that like in any audio product, over doing things just results in poorer sonic returns for investment ratio, and sometimes over doing on tweaks just absolutely kills the sound. Just like a drug addict who dies on OD cases. Like all other junkies, my cap trips started innocently enough with those black plastic caps sold in DIY stores for like a few bucks for a quantity of 12 pieces or so. Those el’cheapo plastic caps did nothing what so ever to help on sonic quality, but just to prevent some oxidisation or dust from forming on any of the unused audio sockets. Like most junkie, my cap trips took me to search for one that provided me with the most high! I test all the caps available at the time, from the original Telos Gold & Platinum series, to the Cardas and the ones called Audioquest (I think they are both made by Cardas by the way) too! And now Telos has gone full circle and has returned with the new Quantum series caps! How do they sound? For me the Telos Quantum caps XLR are a god sent! I plugged 2 pairs in to the un-used XLR recording loop on my Pass Lab X-0.2 pre-amp. The RCA loops have been capped with Telos Gold caps earlier. If you can look back in to my last review, which is about the ATI 6002 Signature muscle amp, and you’d find my verdict of the amp a middling of compromises. The ATI power amp is a musical, power fisted rock anthem driving sans the velvet glove kind of sound. Prodigious bass power, thick mid range, but a less than the smoothest of velvety highs marks a compromise. Another compromise is a lack of sound stage depth layering, or elbow room between musicians. However, if one likes a BIG, BIG power at an affordable price, made in the USA muscle amp, then there’s little to touch the ATI. The nearest solution I could think of is the Thai made Magnet Hyperion Reference One that have been my reference in the last 18 months or so. Compared to the Magnet in the context of my system, the ATI wins on noise floor count, sustained high volume play back stability, and the ability to deep dive my in room bass response like a bulldog on a tight leash! Hence I am looking forward to try the 4 channel ATI in form of 6004 Signature!

Back to the ATI 6002 Signature which is still the muscle power when the Telos Quantum caps XLR were inserted in to the system. Immediately, I heard a more airy and smoother high frequency response! I listened for 2 more hours before heading to that “Dreamland” mattress. I let the system settle in for a few more days, before listening seriously again. This time, I heard more sound stage depth, or more elbow room between musicians! I can confirm that the high frequency is definitely smoother too, much closer to those found on my current power amp refinement reference, the latest Mark Levinson 5XX series amps.

Telos is sold by: