I jumped at the opportunity when Willy asked me whether I was interested to listen to Mark Levinson”s new flagship preamp, the No.52 Reference dual-monaural preamplifier. Who wouldn”t?
I have fond memories of listening to Mark Levinson gear. I remembered listening to a friend’s Wilson Sophia loudspeaker driven by a now-discontinued ML332 power amp. The refinement, sweetness and musicality of the combination were remarkable. I wouldn’t have thought of such a combo, as people would look for some other amplifiers that appear more brutish in order to control the Wilson. However, the Sophia-ML332 pairing gave us its musical magic and showed a different facet of the Wilson”s character. Yet another occasion was my listening to a complete top end Mark Levinson electronics – Revel loudspeakers system. Again the refinement and the civility in the sound left quite an impression – the word “Gentleman” popped up and was associated to the brand in my mind since.
I have longed to have a Mark Levinson experience in my own system. Now, with the ML No.52 preamp, I finally had my wish granted (of course, it would have been even nicer if the ML52 came with the matching No.53 monoblocks, but at 135lbs per piece, I think no friend of mine would want to volunteer to help move them up 2 floors to my room).
The 2-chassis Mark Levinson No.52 came in a wooden crate big enough for a monster amp. Inside, each unit was further packed in separate cardboard cartoons. The 2 chassis configuration is now a rather common practice for high-end preamps (for example, my own Pass Labs XP20). For the ML No.52, the slimmer, smaller unit contains the power supply and the control circuitry, the larger unit contains the audio circuits. The idea behind the separate chassis configuration is to isolate the audio circuit from contamination by the power supply circuit. I also suppose that the ML No.52 has so many things going on in there that to make it a single box preamp will be too bulky and unwieldy. Now get this, one unique feature about the ML No.52 is that it has its own AC regeneration in its power supply section, so the owner can be sure of the purest AC power supply. There is no need to worry about the external power conditioner to match with the ML No.52. After the regenerated AC is converted to DC, 2 separate umbilical cords carry the juice to each of the monaural preamp circuit, housed in the second box. A third cord carries the control signal. The Mark Levinson No.52 has three balanced and four single ended inputs. There is also a dedicated MC/MM phone input for vinyl fans. Two sets each of XLR and RCA stereo outputs were provided (meaning 4 preamp outputs altogether!). There is also an pair of XLR and RCA outputs configurable for fixed or variable level output that can act as a pass-through full-range subwoofer or record out.

The ML No.52 replaced my own Pass Labs XP20 preamp in my rig, neatly occupying two tiers of the rack where the XP20 was residing. Hooking up the cables was undramatic, the 3 umbilical cords for power and control signal had lock-in feature, a soft “click” indicated that cables were firmly in place. 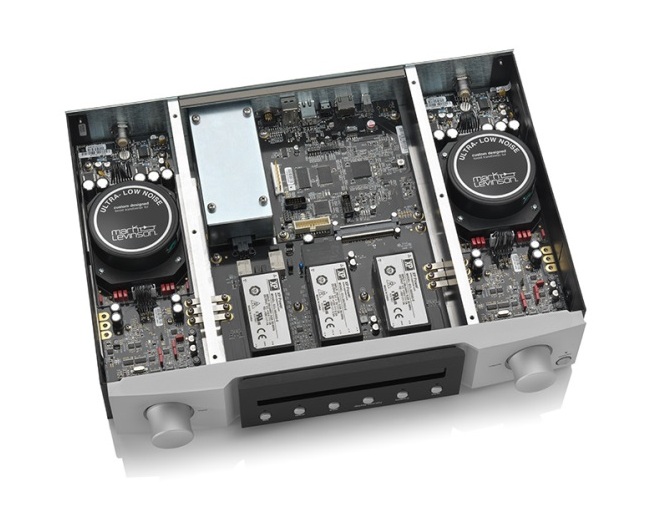 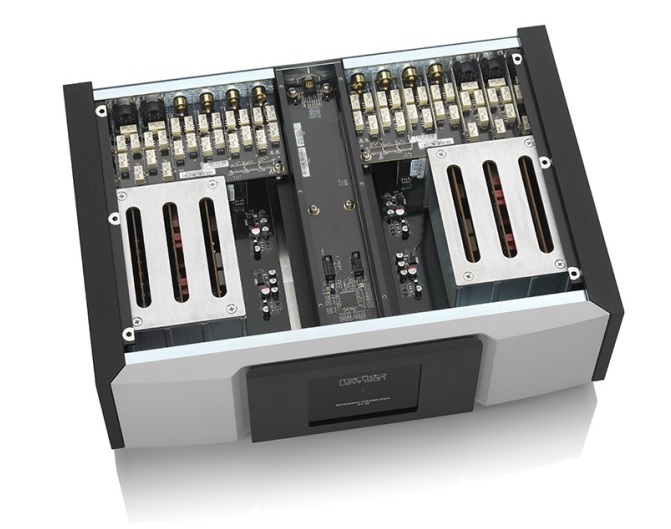 Listening to the Mark Levinson No.52 reaffirmed my impression of the Mark Levinson brand being the ‘Gentleman’ of the high-end world. It was not just me, but also the impression held by a few audiophile friends in the same listening session. The ML No.52 sounded transparent and smooth, music flowed with a relaxed demeanour, like a stream of pure spring water, rather than a torrent. There was always a gentleness and cultured-ness in the sound which absolutely refused to offend any listening sensibilities.

Further listening revealed the Mark Levinson No.52 to be very analogue sounding, there was not a trace of the hard and cold digital nature in its DNA. It also revealed a slightly dark chocolaty texture, as opposed to those modern sounding gear that veered towards brightness and thinness, it was a trait that allowed for long listening session without fatigue. However, the ML No.52 was not of the warm and cuddly type ala classic tube, its resolution was very good, instrument timbre was realistic and natural, and bass notes especially had excellent definition and showed great control.

Vocal music , especially the female variety, played right into the Mark Levinson No.52’s hands. Voices were natural and silky, with a trace of sweetness. I was totally bowled over when listening to Jennifer Warnes” ‘The Well’ CD. There was a duet between Warnes and Doyle Bramhall, through the ML No. 52 both the female and male voices were imbued with magnetism and richness that I had not experienced anywhere else. I was so absorbed and attracted that I sat listening through the entire CD.
Acoustic instruments such as piano, guitar, violin were also the Mark Levinson No.52″s forte. The aforementioned definition, transparency and resolution allowed these instruments to be portrayed realistically and naturally, the harmonic structure of the notes and the air surrounding the instruments were easily discernible.
If I were to go nit pocking, that would be that a rock fan might find the ML No.52 holding back just the very last bit of excitement in rock music, but I also think a rock fan would not choose to go with Mark Levinson in the first place anyway. Instead, the ML No.52 will appeal strongly to the audiophiles who treasure natural timbre, portrayal of a natural acoustic space and silky smoothness in sound.
Coming in at a price of RM107k, the ML sits at the very high end of our hobby. After my listening sessions, I am certain that that is a place the Mark Levinson No.52 Reference Dual Monaural Preamplifier fully deserves.
Mark Levinson is carried by Clarity MP, contact Terry at 012-4733005 for audition. You also have the opportunity to listen to the Mark Levinson No.52 in the upcoming KLIAV 2013 in Room 7011.