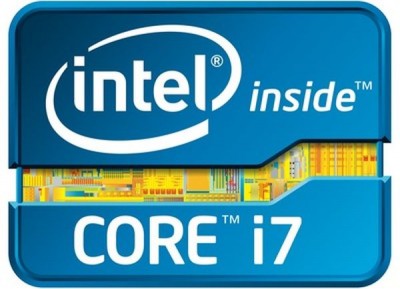 I recall reading a website some years ago that recommended using a lower-end Intel Atom processor-powered laptop for CAS.

After using a laptop powered by an Intel i5, I now feel that with the latest higher resolution songs of up to PCM 24/384 and DSD 5.6 resolution, which are really huge files, you would need a very powerful laptop with the fastest processor you can afford and the most RAM you can find to get the best sonic performance.

I managed to get an HP P250TX laptop which is powered by an Intel i7 5500U chip which has two cores and L3 cache of 2 MB per core. It also has 12 GB RAM. This is a powerful laptop used by gamers and those who do music or video editing. Bear in mind there are even more powerful (and more expensive) laptops in the market which use the i7 quadcore processor and 16 GB RAM.

Apparently one factor that is often overlooked which affects sound quality is the L3 cache which is the on-board memory of the processor chip. More is better, some websites have recommended.

So is there a difference in sound quality?

Since my Chord Hugo DAC/headphone amp/preamp has been loaned to another audiophile, I plugged the Furutech USB cable to the good ol’ Wyred4Sound DAC2. The new laptops come with SuperSpeed USB ports (USB 3 specs) which are backward compatible with USB 2 devices.

I downloaded the latest version of J River – v20 – and quickly started playing some HDTracks files of 24/96 and 24/192 resolution, including Joni Mitchell’s Both Sides Now which has her singing in front of an orchestra which I now use to test for depth and size of soundstage.

The first thing I noticed was the relaxed nature of the music. I have noted that with digital music, the sound becomes ‘stressed’ and ‘agitated’ when a less powerful processor with smaller L3 cache is used or if the RAM is too small. I do not know the reasons for these phenomena.

With a powerful processing chip with larger L3 cache and lots of RAM, the music became soothing and relaxed.
The soundstage also became larger with more depth and height. Layering of instruments also improved while details such as her breathing in air could be heard and there was more space between the musicians.

Now if anyone asks me to recommend a laptop for CAS, I will tell him or her to get the most powerful Intel i7 laptop with the largest L3 cache and the biggest RAM. Atom processors are not good enough, in my view.