There are only 3 “HOT” items in the Hi-Fi & AV market today. First, it’s definitely the once near extinct turn table. Followed by what’s called a soundbar to complement today’s slim design LED TVs. Last but not least, is the DAC. The DAC’s market revival is due in no small part of the fast growing popularity of the music streamer and computer audio. The last few years have been really exciting for the digital end of music source, be it MP3, 16/44, 24/96, 24/192 and 32/384 FLAC or WAVE files, and better still the format choice of recording and mastering studios around the world, DSD 64 & DSD 128 becomes available for public use. Do note that DSD decoding is only possible via USB input only. People in the industry are already talking about the possibility of 32/768 FLAC music files becoming the next big thing. So you see the digital music file format is still advancing nearly as rapidly as Moore’s law predicted during the early IT industry days.

And so, to cope with the ever advancing file formats, DACs are in a constant state of evolving development. Which is why the current crop of new high end, or luxury class DACs are all FPGA chip based, so that new algorithms can be up loaded to the existing hard ware, allowing the very expensive high end DAC capable of evolving with the times. That ensures it’s up to date and service able life span for a foresee able future, at least until a point, where the hard ware can no longer cope.

One of the best DAC in the entry level market currently is the BMC PureDAC. It’s a half size junior equipment in the BMC scheme of product catalogue. The BMC Pure series also consist of a music streamer(PureMedia), and a stereo power amp(PureAmp), all designed with the same half size box and matching central display dial theme. All BMC products are designed by Spaniard Carlos Candeias, in Germany and manufactured in China with a high standard of precision fit & finishing. The following are BMC PureDAC’s specifications: – Optical B.M.C. Link for connecting with B.M.C. amps like the PureAmp From the specifications and features, you’d noticed that the PureDAC is not only a DAC, but also functions as a high quality audiophile grade pre amp and an head amp, should your system source is digital only. That gives it extra flexibility when you need to use the extra features. The BMC also come with a slim card type remote featuring soft touch buttons over black & chrome finishing. The remote looks and feels more expensive than it should, now that’s nice build quality for you. At the current price of RM 8,800/unit, it would be foolish to expect the BMC to come with FPGA chip based design. The unit, like all others at this price point is based on a fixed chip format. I used the BMC as a comon DAC for 2 digital sources. First is my trusty Bryston BDP-1 digital media player, and next is my long term Theta Jade CD transport, which is based on a Pioneer Stable Platter donor platform. The wiring od choice from the Bryston BDP-1 is by AES, by JPS Aluminata and the CD transport is via  DIY Furutech FC-63 terminated with KLE Pure Silver Harmony plugs co-axial cable. That means I can only access music files up to 24/192 PCM decoding, via the Bryston and CD quality 16/44 PCM signals via the Theta CD transport. The sound review will be rather unfairly, based on these 2 sources, due to my hardware compatibility issues.

More importantly though, is the sound quality. At this price point, the BMC PureDAC’s performance in all respects are either top class, or at the very least close enough to the best of the best! The tonal quality is strictly neutral, with an up beat tune carrying capacity. Depending on system, this BMC is more suited to systems that are slightly warmish in character or at best, with tonally neutral systems. The highs are nearly one of the smoothest, most airy in the business with a flair for spatial cues and  recording venue details. The mid range is open even if vocals are little thin sounding, that it presents ladies with a more youthful, rather than truthful voice. A small compromise if you ask me, for an excellent all rounder otherwise. Bass is gutsy and generous in volume, but that doesn’t mean slow mo…. either. Bass guitar can attack with bite and kick drums kick ass, real… hard too! I played Marcus Miller & Lee Ritneur’s rendition of The Panther on Legends Of Jazz with Ramsey Lewis on 16/44 FLAC file just to prove what a real kick ass bass guitar, drum and lead guitar track can do with the right DAC in digital-dom. The recording is at once forceful, immediate, and super entertaining. It’s one of those digital recordings that could give an audiophile “Eargasm” with the right system and set up. 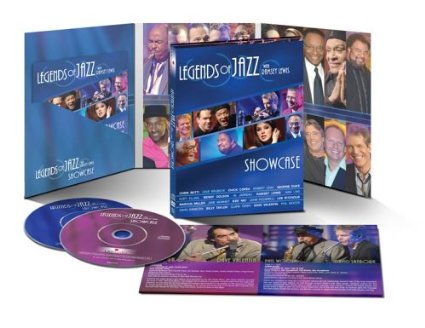 The PureDAC is also one of the most noise free Hi-Fi equipment as they come. That low noise combined with high resolving capabilities equals time & space portrayal of any recording at any time. Play a concert recording and the PureDAC beams you back in to the time & venue as realistically as possible. Play a piano or simple guitar track and the BMC allows all the pedals notes and key transients plus reverbs out through the speakers with grace, never harsh. If you’re experiencing harshness or peakiness in your music after inserting the BMC PureDAC in to your system, trust me, it’s not the BMC fault, it’s merely revealing the inherent harshness in your system long suppressed by noise, white hash, hiss or other forms of audio colouration. That’s how truthful the BMC can be, as an audio component in a given system.

The PureDAC also had nearly widest dynamic range and ultra fast transient response. The result is an exciting listen, every time as the BMC works overtime to push those musical peaks and rhythm pacing to the maximum as the recording allows. In other words, there are no musical brakes on the BMC, unlike some tube based Hi-Fi equipment of the yore. Some may even accuse the BMC of rushing to finish the work!

For those who value stable sound staging & imaging, the BMC PureDAC is certain a good choice. With it’s built in pre-amp or output volume control, one can set from a scale of 0 to 85. I found that in my system, one can virtually adjust the staging forwardness, or more nicely called immediacy with increased imaging focus,by setting an increase in output level. To get a more laid back staging and more well rounded imaging, one just reduces the output level setting. Now one has gotta be precise when setting the output level. In my full XLR connected system, I found that setting level output to 61 was about the best compromise for all musical genres. Sometimes playing orchestral recordings, I would reduce the output level at the BMC to 59, but increase the overall volume on my pre-amp for a more laid back, fuller and in scale orchestral presentation or when playing some nice female vocal recording like Stacy Kent, I would increase the BMC output slightly to 63, and reduce the pre-amp volume slightly to get a more focused vocal effect, so that illusive 50 cent mouth so craved by a certain audiophile group is easily attainable here! Doing that bring about a more luscious voice and a deeper, more tonic filled saxophone sound of Jim Tomlinson(Stacey’s life & musical partner), giving a more intense experience to the overall musical enjoyment.

To sum things up, as it’s priced, the BMC PureDAC offers near state of the art performance in most key sonic performance parameters and then just a little short off excellence in a few other areas. I would still highly recommend it anyone looking to purchase a DAC to upgrade the sound of an existing CD transport or CAS system, even if one’s willing to spend up to 2 or 3 times as much $$$! That’s how good the BMC PureDAC is, as in the sense that one could spend a bucket load of more money and still don’t get sonic performance any where near this level of excellence. As this review comes to an end, a newer, improved PureDAC MKII will be coming to our shores soon. I can only wonder how much more can BMC do at this silly asking prices.