I liked the sound of the Heco Direkt speakers so much that I included them in my list of ‘Best of 2016’ components. But I still had this itch to listen to them in my home rig. After a few phone calls to Yoon Tuck Chee of Audio Art in Ipoh, a pair was delivered to my house in Petaling Jaya, Selangor.

First I shall tell you more about the speakers. They look like suitcases with broad baffles and shallow depth. If you take a longish suitcase and place it standing up on the narrow end, you will have an idea of how the Heco Direkt looks like. The dimensions of the speaker box are 44cm (width) x 90cm (height) x 20cm (depth). They look very retro and attractively different from the rest of the competitors. A vertical stripe and shiny metallic accents around the tweeter and woofer complete the retro look.

The speakers come in two colours – black or white. I prefer black. They also have round grilles which have magnets to attach to the cabinets to cover the woofer and tweeter. I prefer the look of the speakers without the grilles.

To stand out from the crowd, the speakers come with three metal feet with spikes (with metal points or rubber ends) and steel footers which angle the speakers backwards.

Even the woofer and tweeter are retro – the 25-cm woofer is a paper cone fused with wool and the 28mm tweeter is a soft silk dome. In today’s age of ceramic drivers and diamond tweeters, these are definitely a blast from the past. The woofer cone material is interesting – it is Kraft paper made of Nordic pine timber which has the fibres that are strong enough. Then the fibres are  mixed with 5% German wool fibres measuring 6-12mm long. After the fibres are all mixed and interlocked, they are pressed under high pressure to form the cones. As you can see, these are not off-the-shelf woofers. Two down-firing ports augment the bass.

Since the Heco Direkts are very sensitive at 95dB, I had to turn the volume very low. The sound was promising – it was very clean, clear with not a note out of place. Soundstaging was very wide with quite good vertical dimensions (probably thanks to the slope of the speakers) and a shallower depth than I usually hear from the resident ATC SCM50 floorstanders.

I noted that the speakers had very wide dispersion and the music still sounded good even when I was way off the sweet  spot. Also when I listened while standing up, the presentation was also quite good. The imaging was also quite stable which proved wrong all those who say speakers must have narrow baffles for the imaging to be good.

Heco says the ideal configuration is to have the listener sitting in one corner of an equilateral triangle with the speakers in the other corners of the triangle and the drivers facing you. I tried that, but preferred the speakers toed in just a bit so that the sweet spot was widened. That way, the soundstage was less intimate and widely spread out.

However, I felt that the 300 watts of the Bryston were way too much for the high-efficiency Heco Direkts. So I took out an old Audiolab 8000S integrated amp and used it for a while to drive the German speakers. Pumping out only 60 watts per channel, I could play with the volume control at the 11 to 12 o’clock position.

The sound was quite good and there seemed to be less constriction, but at the expense of loss of details and not well-defined images. I realised then that the Heco Direkts would match better with modestly-powerful amps than powerful ones.

Then I had a brilliant idea – if I could somehow get hold of a low-output SET valve amp, I could kill two birds with one stone. I could write about how the Heco Direkt would sound with an 8-watt SET and review the amplifier at the same time.

So I phoned Myhifishop and ended up with an Audionote Meishu Line Silver integrated amp which uses the legendary and highly-respected 300B tubes. 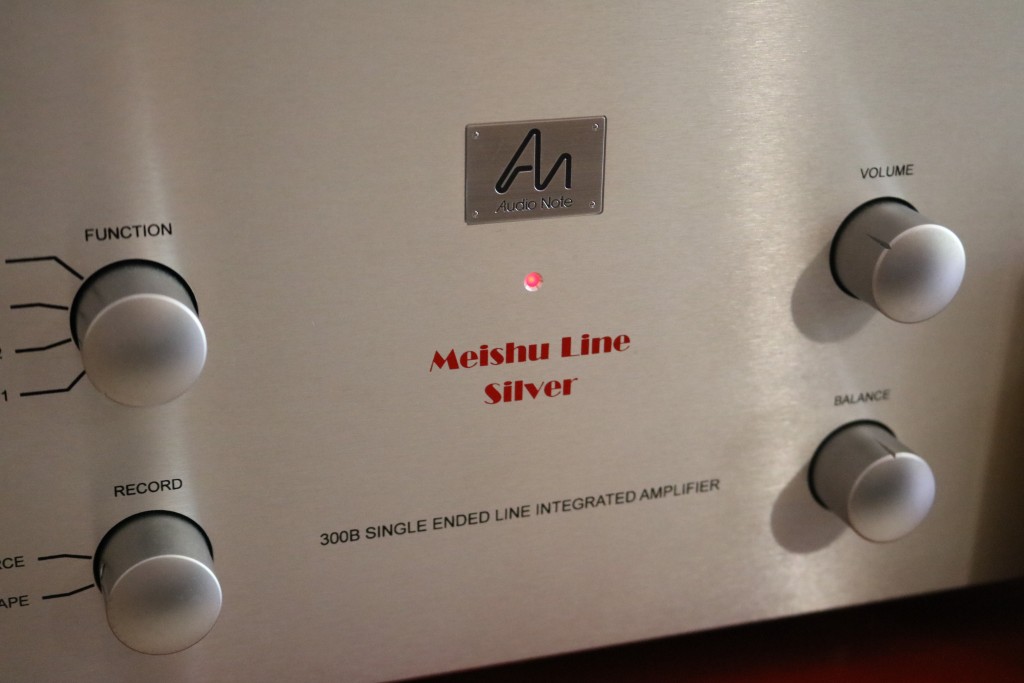 I then decided to change the speaker cables from the Kimber 12TC to the Goertz MI2 cables. The Goertz uses ribbon copper conductors placed close to each other. From experience, I have noted that this design works better with valve amps than solid-state ones.

With the Goertz speaker cables, the noise floor dropped a bit, the vocals gained density,  the images were better defined and the depth also improved very much. Note that I used the 8 Ohm outputs. Heco’s specifications say that Direkt’s impedance is 4-8 Ohms.

With the 300B Audionote SET integrated amp driving the Heco Direkts, the combination was perfect – the 300B SET amp seemed to be the natural partner for the speakers. If you own a pair of Heco Direkts, you have to hear them with 300B SET amps to experience the best that the speakers can deliver. Heco recommends amplifier outputs from 10 to 320 watts. In the system I set up with the Audionote Meishu, 8 watts were more than enough.

Using J River V22 on the laptop, I played CD rips and hi-res files from HDTracks and HDTT. I am aware of the magical qualities that SET amps can create with female voices and I was not disappointed when I played Ella Fitzgerald, Barbra Streisand and Cassandra Wilson.

Songs by Cowboy Junkies feature female and male vocals. Even the male vocals on these files sounded fantastic. There was a fluidity with the vocals and acoustic instruments like the piano and guitar sounded full and rich.

After listening for several hours with the Audionote Meishu Line Silver driving the Heco Direkt speakers, I was finding it difficult to stop. The music had a mesmerising quality that was seductive and beguiling. I was no longer listening out for the clarity of the treble, the sweetness of the mids or the impact of the bass – I was simply enjoying the music.

Reluctantly, I had to press the stop button so that I could write this review. A 300B SET tube amp such as the Audionote Meishu matched with the Heco Direkt speakers will surely provide you with many hours of sonic bliss.

Heco products are sold in Malaysia by Audio Art in Ipoh. The Heco Direkt speakers retail at RM24,153 (including GST). Call Yoon Tuck Chee at 012-5201066 for more details.