Held from 2pm to 5pm, several home theatre enthusiasts turned up at the HT Club to view several movie clips with Tan giving explanations on the set-up, the sub-woofers and the calibration.

There are two listening rooms in the office lot which has been converted into an AV demo space. The first is styled like a living room in a typical Malaysian house or condo. In this area, the StarkeSound ECHO 5.1 and the StarkeSound Brio series are on demo. The second is a full-fledged AV demo room with room treatment using bass traps. In this room, which measures 17 ft X 21 ft, a 7.1.6 system with Atmos speakers has been set up. An old model JVC X9000 projector is used. Speakers and sub-woofer are from StarkeSound while the AVR is the StormAudio ISP16.

For the demo, Tan used scenes from several familiar movies such as A Star Is Born and Bohemian Rhapsody. Scenes from a kungfu movie and a gun battle scene were also used.

Tan said he will fly in from Kuching once every two weeks to host such demos for AV enthusiasts. “I want it to have a club-like atmosphere. I plan to hold talks on how to calibrate the AVRs and sub-woofers. However, I can only do it for the products that I sell,” he said. 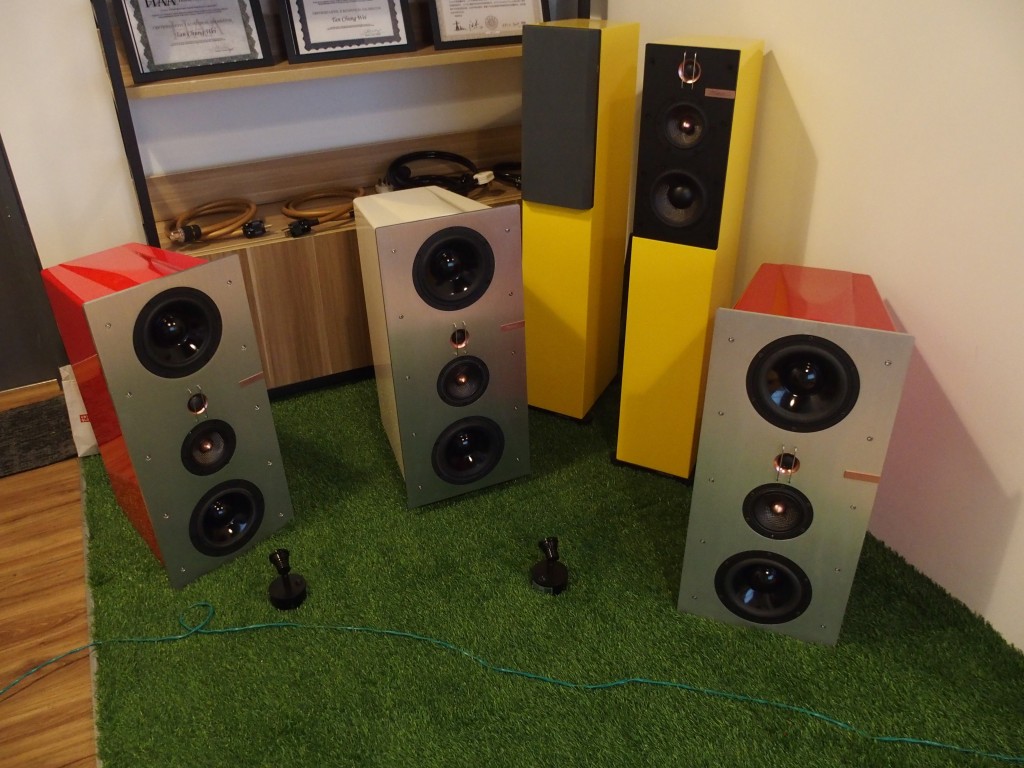